ecosystems and their balance

what is an ecosystem?

The ecosystem is formed by the biotope and the biocenosis:

The relationships in the biocenosis could be:

The food webs consist of many interconected food chains and they are a more realistic representation in the ecosystems.
A food chain is a linear sequence of organisms through which nutrients and energy pass when one organism eats another. Here each individual occups a different trophic level defined in how many energy does it transfer.
1.Primary producer (algae)
2.Primary consumer  (mollusks)
3.Secondary consumer (slimy sculpin)
4.Tertiary consumer (chinook salmon)
In the trophic levels an organism can be clasificated in diferent groups:

Types:
Estuaries:  are places where rivers meet the sea. Areas where salt water is diluted with fresh water.
Oceans:  Pacific Ocean, Indian Ocean, Arctic Ocean, Atlantic Ocean and Southern Ocean.  They are conected and each of them has unique species and features.
Coral Reefs: This is the second richest ecosystem. It has a wide diversity of plants and animals.
Coastal: Is where the land and the water join and form it. It has a diferent structure, diversity and flow of energy.
Lotic:  this is an ecosystem with rapid flowing waters that move in a unidirectional way.
Lentic:  include all standing water habitats such as lakes and ponds.
Wetlands:  are marshy areas and are sometimes covered in water which have a wide diversity of plants and animals. 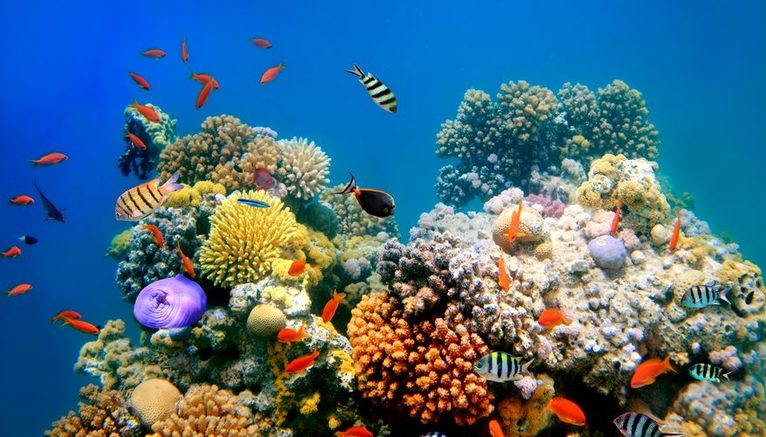 what is an acquatic ecosystem?

An ecosystem is a comunity of individuals that live together in a partcular enviroment in this case, water. They could be marine ecosystems andf freshwater ecosystems (lentic and lotic).